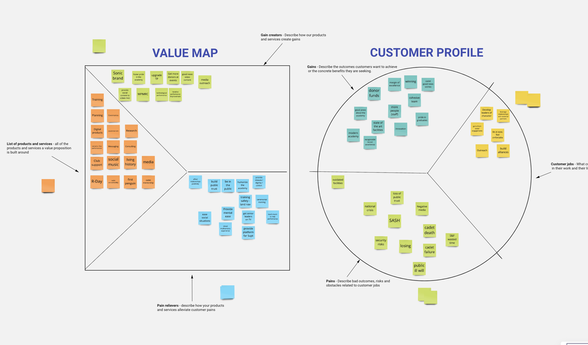 Understanding an organization's value proposition can be difficult, particularly for government organizations that do not rely on a traditional revenue stream for their funding. This workshop was presented to multiple audiences in the West Point Band.

The initial workshop was presented for Senior Leaders ​in the West Point Band. The purpose of the workshop was to help the leadership better understand how the missions completed by the band served the band's stakeholders. Senior leaders found the workshop immensely helpful, and I was asked to present it in a series of follow up sessions to mid-level and junior soldiers in the band.

The goal of presenting the workshops to junior and mid-level members was to broaden their understanding of how the different missions add value to the West Point mission. By organically creating a value map from scratch rather than being presented with one, these soldiers came to fully understand the varying degrees of importance of the various missions the band takes on.

An added benefit of having so many people of different ranks go through the exercise was the emergence of new ways to create value for West Point and the Army.